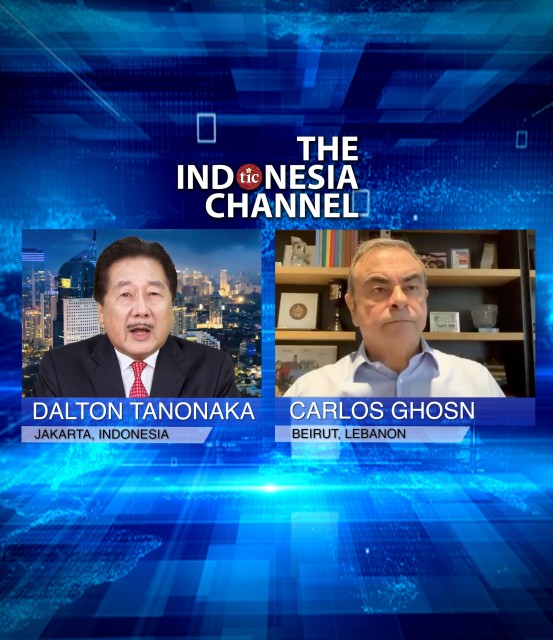 JAKARTA – The former Nissan chairman who escaped house arrest in Japan says he would do it all again in an exclusive interview with The Indonesia Channel.

Ghosn also offers his blunt opinions on the Japanese “hostage justice system,” the ongoing trial of former colleague Greg Kelly, the new governments in the U.S. and Japan, and the future of the auto industry in Indonesia and the region.

The half-hour special program can be viewed live at www. theindonesiachannel.com and by downloading the channel’s free mobile app from the Apple App Store or Google Play.